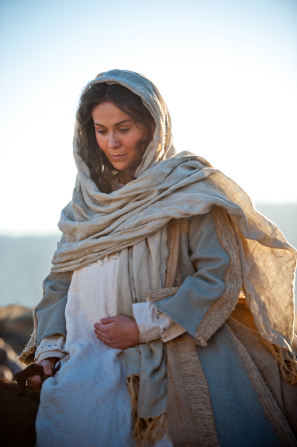 Mary’s beautiful psalm, initially spoken to perhaps a party of one, her cousin Elizabeth, in a quiet house, unnoticed by any media or leaders, teaches us more than we likely appreciate about God’s love of and plan for the poor, obscure, humble of his children, particularly women.

46 And Mary said, My soul doth magnify the Lord,

47 And my spirit hath rejoiced in God my Saviour.

48 For he hath regarded the low estate of his handmaiden: for, behold, from henceforth all generations shall call me blessed.

49 For he that is mighty hath done to me great things; and holy is his name.

50 And his mercy is on them that fear him from generation to generation.

51 He hath shewed strength with his arm; he hath scattered the proud in the imagination of their hearts.

52 He hath put down the mighty from their seats, and exalted them of low degree.

53 He hath filled the hungry with good things; and the rich he hath sent empty away.

54 He hath holpen his servant Israel, in remembrance of his mercy;

I am struck by how much Mary focuses on and contrasts those of “low estate,” herself being the primary example, those of “low degree”, “the hungry”, with the “rich,” “proud,” and “mighty.” It is a primary theme of her inspired outburst.

When we think of Mary today, we think of the Mother, the venerated saint, the world-renowned icon, not the teenage girl, from an obscure, backward village, in a colony, of a despised and conquered race. One wonders how much injustice she had witnessed in her young life to have such impressions about what God had called her to.

Does Mary believe the honor bestowed upon her, which did indeed make her “blessed” by “all generations” since is a unique honor to her and her alone? If she did, why would she speak of “them” that fear God, “the hungry,” “his servant Israel”? No, it seems to me in some way Mary sees the blessing which had been bestowed upon her being given to all the poor and the outcasts. To think otherwise would think she somehow felt she was no longer part of Israel.

That is a remarkable promise to the humble of Israel, one that is hard to imagine.

But I think it should give young teenage girls, obscure mothers of young children, middle aged single women, and the forgotten widows hope. Mary was speaking to a promise made to all of them.

In a coming day, perhaps a million years from now (but what is a million years to an eternal being?) all of those and more will be called blessed, from that time forward “by all generations.”

That is a remarkable prophesy, one of the greatest and hardest to imagine how it might be fulfilled, and one that has one of the longest time horizons I can imagine.

What a remarkable Woman Mary was and must still be today.

Posted in Harmony of the Gospels, Journal EntryTagged womenLeave a comment